Togolese international Emmanuel Adebayor ended his short Crystal Palace career without any trophy. However, he was a member of the Eagles squad that lost to Manchester United in the 2016 FA Cup final. 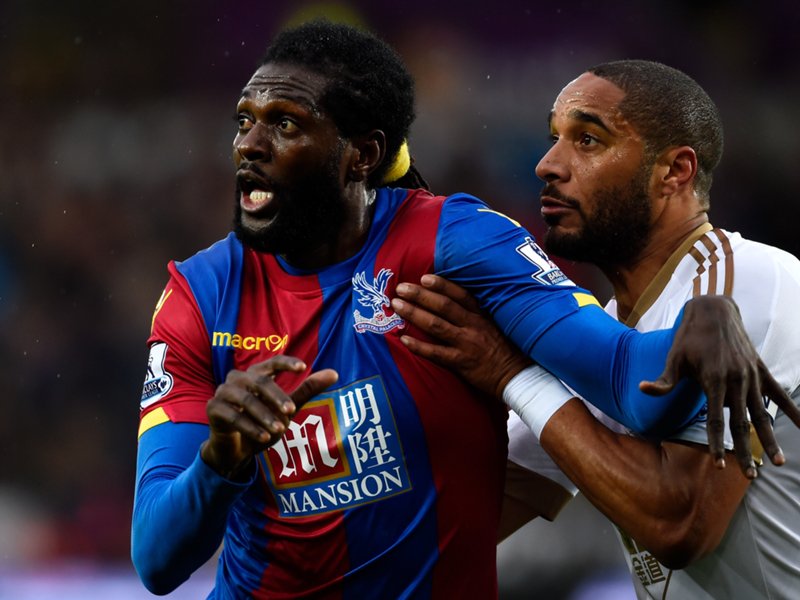 Adebayor was given a spot on the Crystal Palace bench during the 2016 FA Cup final clash with Manchester United. He was on the bench throughout the game which ended in a 2-1 win for the Red Devils. Manchester United needed extra time to see off the Eagles to win the FA Cup title for the 2015/16 season.

After a goalless first half, Crystal Palace substitute Jason Puncheon gave the Eagles the lead on 78 minutes. Puncheon scored shortly after coming on as a 72nd minute substitute for Frenchman YohanCabaye. That Crystal Palace lead lasted for three minutes thanks to the equaliser from Spanish playmaker Juan Manuel Mata. The goal from Mata ensured that the two teams had to play at least an extra 30 minutes to determine who will replace North London giants Arsenal as FA Cup champions. In the end, Jesse Lingard came off the bench to score a second Manchester United goal and win the game for his team.

Lingard came on for first Manchester United goalscorer Mata on the stroke of full-time and his winner came in the fifth minute of extra time (second half). The goal from Lingard gave the Red Devils a 2-1 win over the Alan Pardew-led Eagles team.