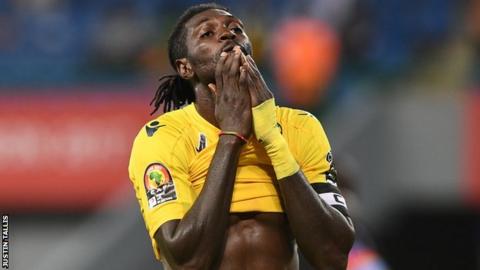 Since then, he has never hit top form consistently. If that was one thing consistent about Adebayor, it was his constant falling out with clubs, fans, and even managers. In the last five years, the striker has represented Manchester City, Real Madrid, Tottenham, and Crystal Palace with varying degrees of success. He is now a free agent after being released from his contract at Crystal Palace.

Adebayor claims that he is still passionate about football, but it remains to be seen if he finds a team to play before the end of this January window.“I’ve had a few contacts (from English clubs). I love the Premier League.You guys know how much I love the Premier League, even though I’m not the most loved player in England. I have done it for the last 10 years in the Premier league.I cannot say it’s easy but I have done a lot of work in the shadows to be (at the Nations Cup) and prove to everyone that I can still play football, that I still have football in me,” said the striker.